The Vineyards of Summerland Winery 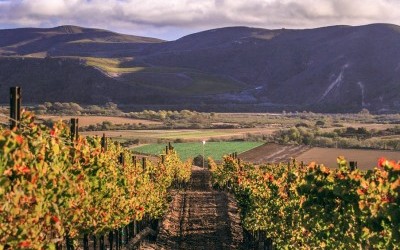 After considerable site research, Summerland finally planted its first vineyard. Planted in 2007, Summerland Winery’s Theresa-Noelle Vineyard is located in the prime Santa Barbara county growing region of the Sta. Rita Hills appellation, located in the western part of the AVA. The vineyard is planted to 10 acres of four different Pinot Noir clones: 115, Pommard, 667 and 828 and has 6×3 spacing of 4 blocks.

Now the vineyard is ten years into its maturity and has already produced multiple award-winning wines. We expect much more to come from our esteemed estate vineyard.

Theresa Noelle Vineyard is auspiciously located high on a bluff that receives consistent afternoon breezes. The Sta. Rita Hills have some of the world’s largest and purest deposits of diatomaceous earth —a chalky substance consisting of fossilized hard-shelled algae, layered into the hillsides by earthquakes and volcanoes. It’s the same stuff as the white cliffs of Dover, and it indirectly correlates into a fascinating note of minerality and salinity in the glass. With little rain and well-drained soils, the vines maintain good acidity and develop concentrated fruit. 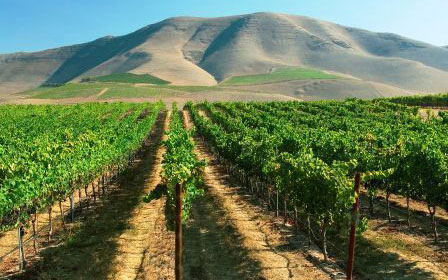 Planted in 1973, the Bien Nacido Vineyard is one of the oldest Pinot Noir vineyards in the region, consisting of over 800 acres of planted vines. The maritime-influenced climate is conducive to growing the finest Chardonnay and Pinot Noir in the state. One of the unique aspects of the vineyards are the 8-year old inner plantings of the Pommard clone that lie in between the martini clone rows.

Santa Maria, with its volcanic, sandy soils, is often referred to as the coolest appellation in the region; influenced by the receiving edge of the East-West transverse mountain range. The morning fog cover and the cool afternoon breezes from the Pacific Ocean make this a Region 1 climate on the Winkler scale. The result is slower ripening grapes that have longer hang-time on the vines. The sand, chalk and marine loam terrain provide good drainage to an area that receives an average rainfall of 12-14 inches per year. We harvest from Block U and Block T at 2.4 times per acre. Both of these blocks are grown using organic farming techniques, which helps produce bright, expressive fruit with intense flavors and naturally high acidity.

The Bien Nacido Vineyard has been recognized as one of the best vineyards in California by Wine Industry Insight. 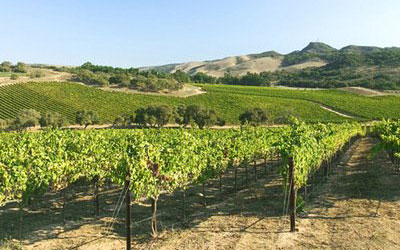 The Solomon Hills Vineyard lies on a west facing slope within eyesight of the Pacific Ocean in an area deemed as the most western reaching of the Santa Maria Valley AVA. With the planting starting in the late 1990’s, this exciting vineyard has garnered much acclaim for the handful of producers contracting this fruit. Summerland began sourcing small quantities of this fruit in 2003, contracting 115 and 2A clones in this vintage.

The close western proximity to the Pacific Ocean makes Solomon Hills Vineyard the coolest vineyard in the Santa Maria Valley AVA. This vineyard tends to produce bright, intense fruit with a pronounced black cherry and raspberry character that carry through into the finished wine. 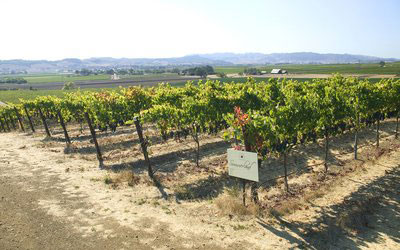 Wolff Vineyard site was first planted 30 years ago by one of the Edna Valley’s winegrowing pioneers. The new owners, Jean-Pierre and Elke Wolff, renamed the vineyard in 1999 when they expanded the vineyard. They maintain a commitment to sustainable vineyard management and employ bio-dynamic practices. Wolff Vineyards is one of the first vineyards in the Central Coast to become “Certified Sustainably Grown” as part of a pilot project with the Central Coast Vineyard Team.

The vines are situated on steep slopes not common to the Edna Valley. Here the fruit benefits from southern exposure as well as from the shallow, well-drained sandy loam. The Pinot Noir blocks are planted with 115, 667, 777 and Pommard along with Petite Syrah. Summerland contracts all four of these proven Dijon clones. The unusual cool climate Petite Sirah, was the first planted in the Edna Valley and has quickly gained national recognition. 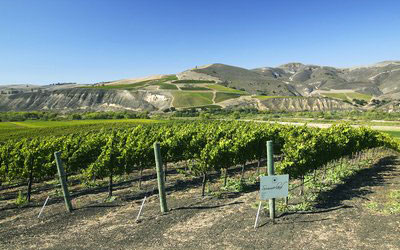 Planted in 1998 and located in the heart of the Sta. Rita Hills appellation, the Fiddlestix Vineyard encompasses some of the finest cool climate Pinot Noir farmed on the Central Coast. With fruit recognized for unparalleled depth and intensity, we carefully apply minimal punch-downs by hand during fermentation to extract the precise amount of color and flavor needed to produce a wine that is ultimately full yet balanced.

With fog hanging over the vines until mid-morning, temperatures barely rising above 75 degrees, and cool coastal breezes, the Vineyard’s grapes can stay cool throughout a lengthy day of sunshine. The well-drained soil contains Gazos and Botella clay loam, loaded with chirt and Monterey shale. Comprised of 667, 777, 113 and Pommard clones, this deeply textured Pinot Noir exhibits bold fruit character with finer nuances of clove and dark cocoa. 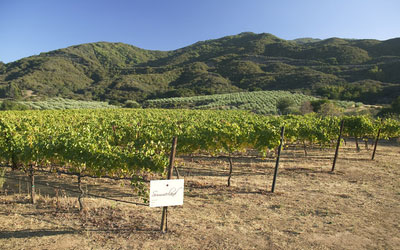 Planted in 1999, Paradise Road Vineyard is located off Highway 154 in a truly picturesque corner of the Santa Ynez Valley. Tucked away behind olive trees and California oaks, this unique vineyard is planted to 15 acres of Syrah—that can be seen from the road–and seven acres of Viognier planted on the highest shelf overlooking the Santa Ynez riverbed.

The Paradise Road Vineyard benefits from early morning fog off the Santa Ynez river, warm days and cool mountain nights. Here on the eastern reaches of the valley, the rocky, sandy loam soil —comprised of fossilized clay and sandstone — and climate are well suited for Rhône varietals. 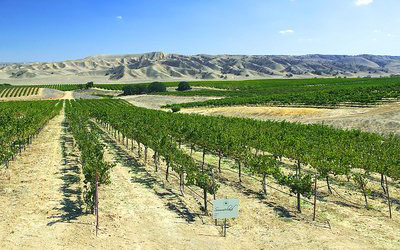 Planted over 15 years ago, the French Camp Vineyard rests in the rain shadow of Black Mountain in the southeastern corner of Paso Robles AVA. Because of its proximity to the mountain range and the drainage that comes from them, night temperatures are cool enough to preserve the acids in the grapes, while the warm temperatures during the day assure the full maturity of the fruit.

The vineyards gently rolling hills, flat mesas and wide valley floors provide a diverse array of top soils and micro climates. French Camp enjoys almost a 50-degree diurnal drop between the high temperature of the day and the cool of the night. With rainfall averaging less than eleven inches a year, the Zinfandel varietal thrives in this sunny dry climate. At least three times during its history, the 5,600 acres has been at the bottom of an inland sea or large lake, resulting in many fossilized areas of land. 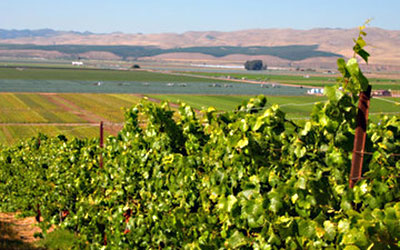 First planted in 1971, Santa Barbara’s Sierra Madre Vineyard has long been recognized as one of the state’s finest cool-climate vineyards. Its fruit helped craft the foundations for one of California’s premier wine growing regions. Located in Northern Santa Barbara County, it sits near the western edge of the Santa Maria Valley, one of the state’s most coveted appellations. Sierra Madre is one of the coolest vineyards in California for growing Pinot Noir and Chardonnays, and cool climate viticulture bears deliciously aromatic fruit due to the extra time grapes are allowed to develop on the vine.

Sierra Madre Vineyard has become certified by the SIP program, recognizing that the vineyard adheres to sustainable farming practices. These practices include maintaining a diverse vineyard environment, soil conservation, natural pest management, ensuring pristine water and air quality, and use of organic pesticides, among other requirements.